In 2016 the examination started on 30th March and ended on 13th April. There is no large change in these dates because the board is following same pattern for examination and evaluation every year. Students can download the timetable from the official website kseeb.kar.nic.in Timetable Link.

Students who attending the SSLC 2017 in Karnataka must start prepare as only five months are left. After December Portion revision and practicing previous question papers of Karnataka SSLC Examination will give a clear idea about the pattern of the examination. It will increase the confidence to face SSLC 2017. Previous Year Question papers of SSLC 2017 are given on the official Website (kseeb.kar.nic.in). 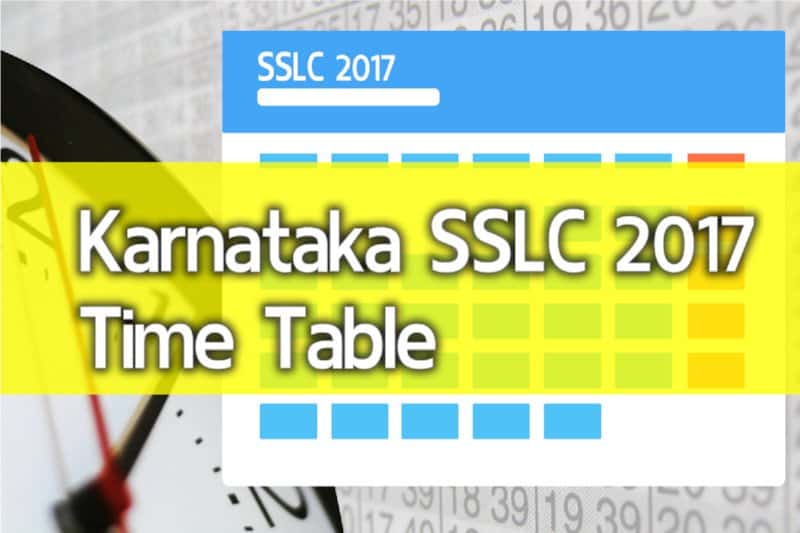 About Karnataka Secondary Education Examination Board

Karnataka Secondary Education Examination Board came into existence in 1966. KSEEB is conduction Karnataka SSLC examinations every year. Every year in April about 8.50 Lakhs & in June 1.50 Lakhs students are appearing for the SSLC examinations. In March-April of every year the board is processing nearly 4 lakh SSLC answer papers from all over Karnataka State.

KSEEB governs different kind of activities that include devising of courses of study, prescribing syllabus, conducting examinations, granting recognition to schools and, providing support for all secondary educational institutions in Karnataka state.

The board is taking special care to improve the Secondary education system in Karnataka.