KEAM 2015 Examination was conducted on 20th April 2015. KEAM 2015 Answer Key for Physics, Chemisty and Mathematics will be available on Commissioner for Entrance Examinations (CEE) soon. The KEAM 2015 Answer Key will help students to assess their ranks in KEAM 2015. Other Kerala Entrance Coaching Institutions like TIME, Brilliant Pala are also publishing their answer key online. Candidates can download these keys from their websites for a comparative assessment.

KEAM 2015 Answer Key will include the solved questions with explanations to all the questions that were asked in various sets of question papers. 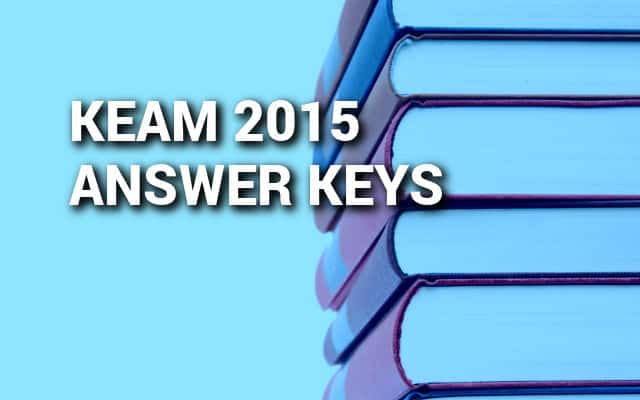 How to challenge KEAM 2015 Answer Key?

Paid via: DD in favour of CEE, payable at Thiruvananthapuram

Morethan 1 Lakh students appeared for KEAM 2015. Students will get admissions to morethan 55.000 engineering seats in various engineering colleges in Kerala. All Govt Engineering Colleges, Govt Supported Colleges, Self financing Colleges are getting admission based on KEAM Results.  of Kerala.

KEAM 2015 Result will be declared on or before May 20. Final Ranklist with marks will be annouced before 25th June 2015. Students can download the complete marksheet from CEE Kerala Website

3 Replies to “KEAM 2015 Answer Key for Physics, Chemisty and Mathematics”