Kerala Plus Two Results 2014 will be released on 13th May 2014 at 3PM. Kerala DHSE 12th Class Results are available on the official website of Directorate of Higher Secondary Education Kerala (DHSE Kerala).

Candidates who appeared for Kerala Plus Two Examination 2014 can check their results after the official declaration. Kerala Education Minister PK Abdu Rabb will announce the plus two results on a press meet at Thiruvananthapuram. According to DHSE there is an increase in the pass percentage over last year.

Websites for Kerala Plus Two Results 2014

Websites where Kerala DHSE Results 2014 are available are listed Below. Students can check their results in these websites after the official release. The Roll Number for Kerala Plus Two Examination is required to check the results. 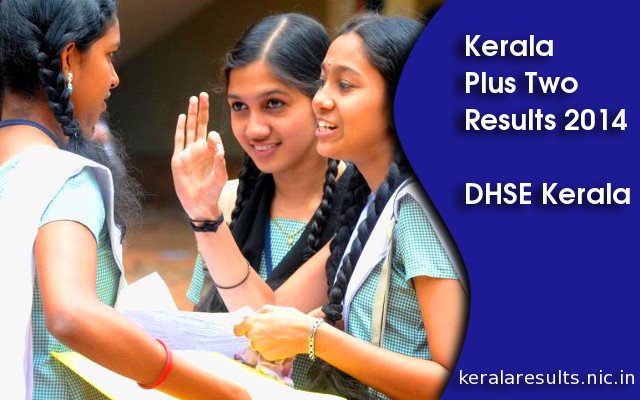 The DHSE had declared the Kerala SSLC 2014 examination results on April 16. This year the pass percentage was 95.47.  As many as 4.42 lakh students out of 4.64 lakh examinees were declared eligible for higher studies in the SSLC examinations.

The Education Department of Kerala established the Directorate of Higher Secondary Education [DHSE] in the 1990 and since that time the education system has become more convenient as well as advanced for students and faculties as well.  This education board is providing better knowledge to students since it’s establishment. Kerala Board of Higher Secondary Education conducts examination for Plus one and Plus Two in Kerala State. Higher secondary education is followed by the school education in Kerala. After Plus Two students are going to BTech, MBBS, BSc, BCom, BA Courses in Kerala. Under DHSE many government and private schools are affiliated. The board every year provides time table one month before the exam. The board has official website where the applicants can check there timetable, download admit card, check results.