The Rajasthan Board of Secondary Education declared RBSE 12th Class Results on the official website of RBSE. The 12th Class Science and Commerce results are out. State education minister Kalicharan Saraf released the result from Radha Krishan Shiskha Sankul of Jaipur.

Students can check the results for Class XII (HSC) can check results at http://rajresults.nic.in/. Students can also check their RBSE Result 2014 by sending  SMS in the preffered format.

RBSE results are available on various websites and also on IVRS system. In 2014  there are 1,83,584 students appeared for Class 12 Science and 84,244 for Class 12 Commerce examinations. 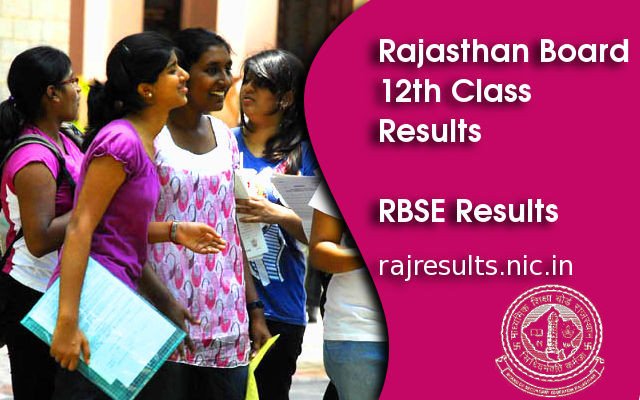 Ajay Kumar Shukla, secretary, RBSE, told that a copy of the marksheets of both the exams will be available at the division headquarters from 9th May 2014. Shukla also said that students can apply to get the photocopy of their answer sheets till 10th May 2014.

The Rajasthan Board Class XII held on March 6, 2014 with English language paper and finished on March 28, 2014 with Sanskrit Literature. In 2013 RBSE announced the results on May 2013.

Rajasthan Board of Secondary Education is incharge of the following examinations:-

About Board of Secondary Education Rajasthan (BSER / RBSE):

BSER - Board of Secondary Education Rajasthan is responsible for providing quality education to the students, prescribing syllabus and looking after the entire on goings processes regarding examination.