Kerala SSLC Exam 2015 will start on 9th March 2015 on all the state government and government aided schools in Kerala. There are 4,68,495 students are registered in Kerala state for SSLC Exam 2015. The exam will end on 21st March 2015. The exam valuation will start on 31st March 2015. Kerala SSLC Results 2015 will be expected to announce on 15th April 2015. So the students will get more time to plan their plus two or vocational cources in kerala. Kerala Educational Minister PK Abdu Rabb annouced the dates of the valuation and SSLC Results on a press meet conducted at Thiruvananthapuram. 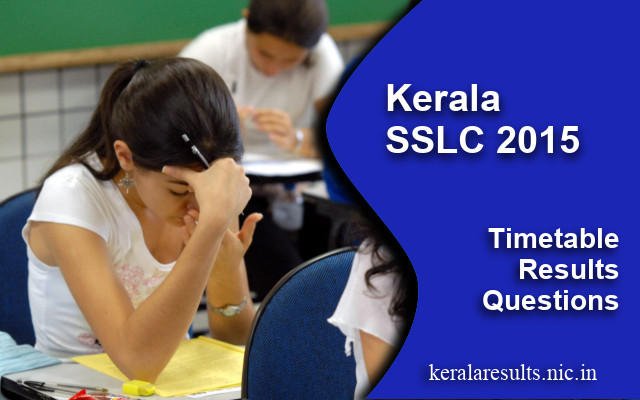 The Kerala SSLC Results will be announced on 15th April 2015. Students can check their result online after the official declaration. Usually the declaration will come on a press meet at 11AM by the Educational Minister of the state.

The websites listed below are publishing Kerala SSLC Results 2015. Students can check their results with Roll Number after the official declaration of results online.

You can also check the SSLC results in these websites also

Kerala Results 2015 is published by Kerala State education board .   SSLC results 2015 will be available through the official site www.keralaresults.nic.in

Here is the timetable of the SSLC 2015

Stay tuned for more details about the examination and results.